For the next 250 years, American law worked to reduce black people to a class of untouchables and raise all white men to the level of citizens 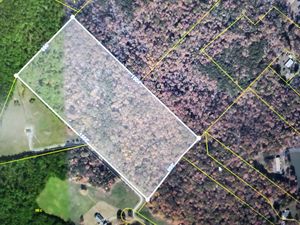 One hundred years later, the idea of slaves and poor whites joining forces would shock the senses, but in the early days of the English colonies, the two groups had much in common. White servants were flogged, tricked into serving beyond their contracts, and traded in much the same manner as slaves.

As life spans increased in the colony, the Virginia planters found in the enslaved Africans an even more efficient source of cheap labor. Whereas indentured servants were still legal subjects of the English crown and thus entitled to certain protections, African slaves entered the colonies as aliens. Exempted from the protections of the crown, they became early America’s indispensable working class-fit for maximum exploitation, capable of only minimal resistance.

In 1650, Virginia mandated that all persons except Negroes were to carry arms. In 1664, Maryland mandated that any Englishwoman who married a slave must live as a slave of her husband’s master. In 1705, the Virginia assembly passed a law allowing for the dismemberment of unruly slaves-but forbidding masters from whipping a Christian white servant naked, without an order from a justice of the peace. In that same law, the colony mandated that all horses, cattle, and hogs, now belonging, or that hereafter shall belong to any slave be seized and sold off by the local church, the profits used to support the poor of the said parish. At that time, there would have still been people alive who could remember blacks and whites joining to burn down Jamestown only 29 years before. But at the beginning of the 18th century, two prierica.

The two great divisions of society are not the rich and poor, but white and black, John C. Calhoun, South Carolina’s senior senator, declared on the Senate floor in 1848. And all the former, the poor as well as the rich, belong to the upper class, and are respected and treated as equals.

In 1860, the majority of people living in South Carolina and Mississippi, almost half of those living in Georgia, and about one-third of all Southerners were on the wrong side of Calhoun’s line. The state with the largest number of enslaved Americans was Virginia, where in certain counties some 70 percent of all people labored in chains. Nearly one-fourth of all white Southerners owned slaves, and upon their backs the economic basis of America-and much of the Atlantic world-was erected. In the seven cotton states, one-third of all white income was derived from slavery. By 1840, cotton produced by slave labor constituted 59 percent of the country’s exports. The web of this slave society extended north to the looms of New England, and across the Atlantic to Great Britain, where it powered a great economic transformation and altered the trajectory of world history. Whoever says Industrial Revolution, wrote the historian Eric J. Hobsbawm, says cotton.

In this artistic rendering by Henry Louis Stephens, a well-known illustrator of the era, a family is in the process of being separated at a slave auction. (Library of Congress)

The wealth accorded America by slavery was not just in what the slaves pulled from the land but in the slaves themselves. In 1860, slaves as an asset were worth more than all of America’s manufacturing, all of the railroads, all of the productive capacity payday loans in Newington of the United States put together, the Yale historian David W. Blight has noted. Slaves were the single largest, by far, financial asset of property in the entire American economy. The sale of these slaves-in whose bodies that money congealed, writes Walter Johnson, a Harvard historian-generated even more ancillary wealth. Loans were taken out for purchase, to be repaid with interest. Insurance policies were drafted against the untimely death of a slave and the loss of potential profits. Slave sales were taxed and notarized. The vending of the black body and the sundering of the black family became an economy unto themselves, estimated to have brought in tens of millions of dollars to antebellum America. In 1860 there were more millionaires per capita in the Mississippi Valley than anywhere else in the country.